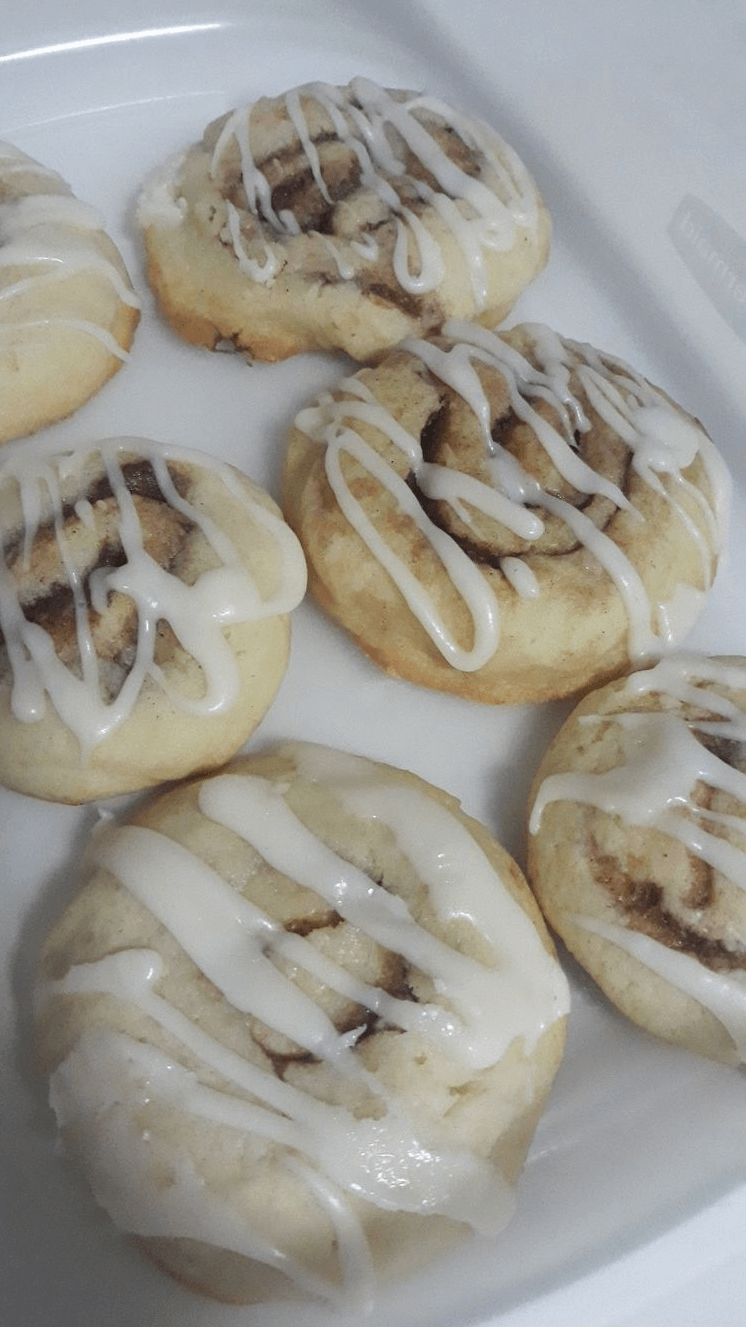 Cute little cinnamon sugar roll cookies with cream cheese frosting will satisfy your cravings for cinnamon rolls with almost no effort! Great for dipping in coffee!
With the release of the free E-Cookbook 5-10-30, I’ve had way too much tasty food in my head and in the kitchen lately! These cookies are a great start over all the chickens, turkeys and carrots I’ve been working with! They were so much easier than I thought they would be. But I was expecting to spend a lot of time in the kitchen because my favorite recipe (Flour’s Cinnamon Rolls) takes a lot of time to make! We love cinnamon here, especially cinnamon rolls, as you can see on the pancakes and coffee cake.

This recipe was child’s play, my oldest helped butter and sprinkle the sugar and cinnamon. The hardest part was watching them like a hawk in the oven because I wanted to catch them when they were cooked but not browned at all.

In a large bowl or in the bowl of a stand mixer, beat butter and sugar until light and fluffy. Add eggs one at a time, then vanilla, and mix well. Add the flour, baking powder, cinnamon and salt and mix until stiff. Leave to cool for 30 minutes.
Preheat the oven to 375ºF. Roll the dough into one-inch balls and place on baking sheets lined with parchment paper. Lightly flatten each ball with your hand or with a drinking glass so that it is about 1/3-1/2 inches thick. Bake for 7-9 minutes or until the bottom edges are lightly browned. Place on a cooling rack and let cool before glazing.
To make frosting, beat cream cheese and butter together until light and fluffy. Add powdered sugar and beat until smooth. Add vanilla and milk as needed to achieve desired consistency. Beat until light and fluffy. Spiral over cooled cookies and sprinkle with cinnamon.
Enjoy.