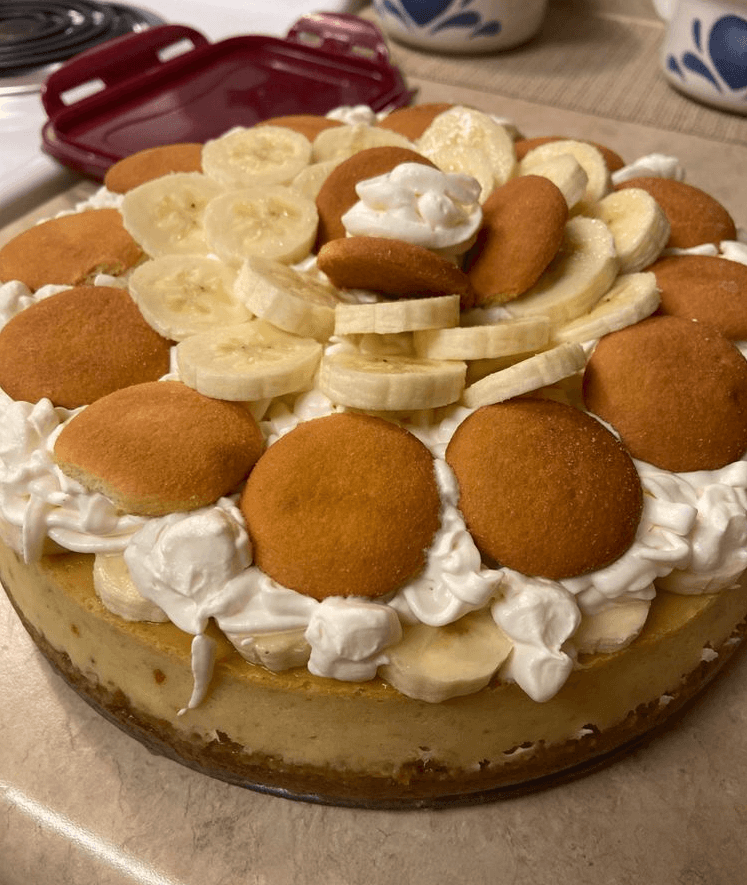 3 bananas, sliced, plus slices for topping

30 Nilla Wafers, plus more for topping

Prepare cheesecake filling: In a large bowl, using a hand mixer or stand mixer fitted with a whisk attachment, beat cream cheese until fluffy and no lumps remain.

In a medium bowl, whisk together pudding mix and milk. Let pudding stand for 3 minutes in refrigerator until thickened. Stir into cheesecake mixture until combined.

Refrigerate until cheesecake is firm, at least 6 hours and up to overnight (if cheesecake is still too soft to slice, transfer to freezer for up to 1 hour).

Before serving, top with dollops of whipped cream or Cool Whip around the edge of the cheesecake. Top each spoonful with a banana slice and a Nilla wafer, then top the entire cheesecake with more Nilla wafers.