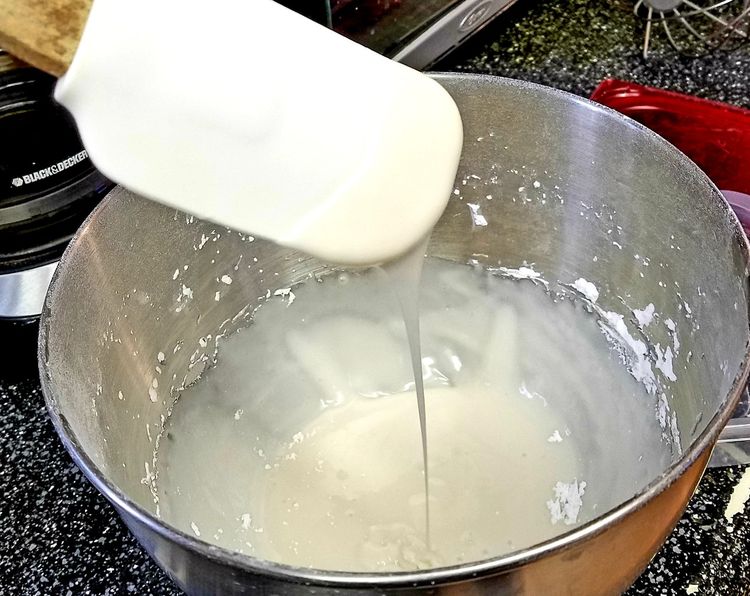 Just like my update to my sugar cookie recipe, I feel my initial royal icing recipe post requires an update as well. When I initially posted the recipe it worked well then, but I realized it is outdated and not what I use today. Over the past two years, I’ve experimented with other royal icing recipe variations and made a few tweaks until I reached the formula I now use consistently each time I make cookies.

Also, my previous post was very lacking in the details. I was new to blogging then and didn’t think to include more information that could have been helpful. Making royal icing can be very finicky and it’s a topic that deserves a more explanatory post. So here’s my updated royal icing recipe post. It has more pictures of the mixing process and some tips I’ve learned along the way.

Add the powdered sugar to the mixture.

Attach the paddle attachment and beat mixture on medium-high for about 4-6 minutes.

The mixture should begin to thicken and whiten.

Mix until the icing forms peaks. (If you remove the paddle and wiggle it, the icing should kind of jiggle but the peaks will remain intact.)