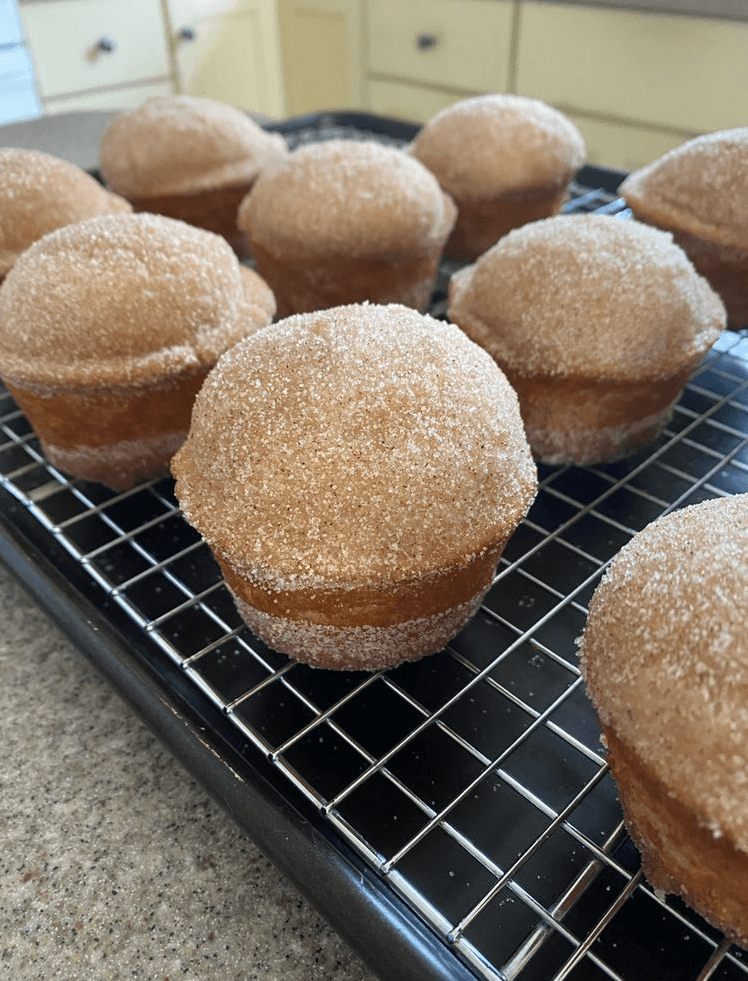 Yes, I’m the person to have a soft, buttery, cinnamon sugar rolled doughnut on a glazed doughnut any day of the week!

I mean, is there anything more satisfying than licking all those good cinnamon sugar things that stick to your lips? Not really, guys. Not really!

Anyway, I’ve been making these doughnut muffins for years.

I think I learned how to make them during my French classes in high school…., about a billion years ago.

Of course, I would remember the muffin recipe, but not a single word of French!

But no matter how long it’s been, these muffins have become my child’s favorite breakfast treat.

Usually, treats like these are reserved for weekend breakfasts – BUT, the school is closed for the summer.

I think that’s a good excuse to make them on a Tuesday.

Basically, I’ll find any excuse, these are very good.

The real muffin is a super simple dough.

But don’t be fooled by the simplicity – they have that incredibly light vanilla and spice taste.

Then, when they come out of the oven, I usually give them just long enough to handle without burning my fingertips before dipping them in butter and rolling them in cinnamon sugar.

They keep very well, but they are even more delicious when eaten hot.

Bake in preheated oven until lightly browned on top, 15 to 20 minutes.
While muffins are baking, place 1/4 cup of melted margarine in a bowl. In another bowl, mix 1/2 cup of sugar with the cinnamon. Remove the muffins from their molds, dip them in the melted margarine and roll them in the sugar-cinnamon mixture. Let cool and serve.