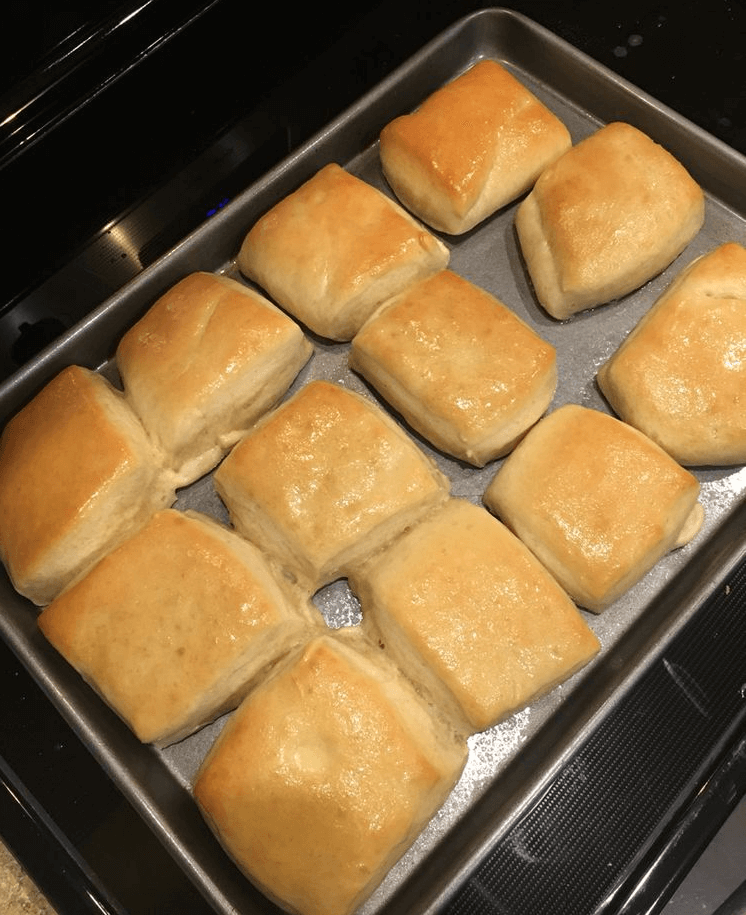 Ingredients of the cinnamon butter

Heat the milk to 180 degrees in a saucepan on the stovetop or in a microwave-safe bowl or measuring cup.

Remove the milk from the heat and add the softened butter. Cool to 120 degrees.

Dissolve the yeast with 1 teaspoon of sugar in hot water.

Let it rest for 5 minutes.

In a stand mixer bowl, add the yeast, milk, sugar, salt and 1 cup of flour.

Mix with a whisk or paddle.

Add the egg and beat until the mixture is homogeneous.

Add another 2 cups of flour, one at a time, scraping down the sides and stirring after each addition.

Switch to the dough hook and add the flour ½ cup at a time on low speed until the dough forms and pulls away from the sides.

Knead the dough with the dough hook on medium speed until the dough is smooth, 3-4 minutes.

Grease a large bowl with oil or cooking spray.

Lightly sprinkle the countertop with flour and turn the dough over. (Be sure to dust your hands as the dough will be sticky).

Form a ball of dough and place it in a greased bowl.

Turn over once to oil both sides of the dough. Cover and place in a warm place for at least 1 hour or until the dough has doubled in size. I put it in the oven with the light inside on.

Turn the dough over to get a well-floured surface. Sprinkle a rolling pin with flour and spread it on ½ inch thick. Using a pastry scraper or pizza cutter, cut out rectangles of dough about 2×3 inches.

Take the rectangles and fold the short edges underneath, joining them together in the middle to make a rounded shape on top.

Place them on a lightly greased cookie sheet; cover and let stand until the dough has doubled, about 15 minutes.

Preheat the oven to 350 degrees F. (Be sure to remove the rolls if you let them rise in the oven).

Mix the ingredients in a medium bowl. Enjoy on hot buns.